The menu items at the very top of all our web pages covers nearly 100% of all the pages on this web site. Some of our more popular links include: World Forecasts | Daily World Temperature Extremes | World High & Low Temps | Model Map Analysis | Buoys Live | US Fire Central | Canada Fire Central | Earthquakes | Global Lightning Radar | Europe Lightning Radar | Europe Satellite | Europe Radar | Africa Satellite & Radar | World City Climates | US Wx Radio | Tropical Storms | [ISS] Space Station. There are many of other links with much more world weather information found within the main menu items at the top of every web page. There are about 120,000 web pages to explore on this website.
Super “Pink” Moon is the Biggest and Brightest of the Year 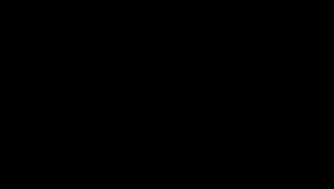 Source: NOAA
April 07, 2020
Super “Pink” Moon is the Biggest and Brightest of the Year:

If you look up at the sky this evening after sunset, you will likely catch a glimpse of the biggest and brightest full moon of 2020.

This is what’s colloquially called a  “supermoon,” which generally refers to a new or full moon that is closest to Earth in its elliptical orbit (a point known as the perigee), and thus appears larger than normal. In this case, it will be at perigee-syzygy, which is not only the closest point to Earth (221,772 miles away), but when the Earth, moon, and sun are all aligned. It will reach peak illumination at 10:35 p.m. EDT.

As the first full moon of spring, it is also known as the Paschal Full Moon,and since it falls in April this year, it’s also called the Pink Moon. Although it isn’t really pink in color, this name arose because historically, full moon names were used to track seasons. This particular one occurs around the same time that the pink wildflower known as moss phlox (Phlox subulata) blooms. Thus, it became associated with the color pink.

It is also the second in a series of three supermoons that will occur this year. The full “Worm Moon” occurred on March 9, the full “Pink Moon” will be tonight, and May’s full “Flower Moon” will occur on May 7. In general, supermoons are about seven percent bigger and about 15 percent brighter than a typical full moon.

The image above was taken on July 5, 2016 by the Earth Polychromatic Imaging Camera (EPIC) aboard the NOAA/NASA Deep Space Climate Observatory (DSCOVR) satellite, and it’s one of our favorites. Although not a pink moon, here, the full far side of the moon can be seen as it passes in front of the Earth. Positioned at Lagrange point 1 (L1) between the Earth and sun, the DSCOVR satellite not only monitors the weather on our planet, but also the weather in space. Without timely and accurate warnings, space weather events like the geomagnetic storms caused by changes in solar wind have the potential to disrupt nearly every major public infrastructure system, including power grids, telecommunications, aviation and GPS.

DSCOVR, which had been offline for about nine months due to a technical glitch, became fully operational again last month after NOAA and NASA engineers developed a flight software patch to restore its operations.